Wang Jie, Composer | FROM THE LAND FALLEN
659
post-template-default,single,single-post,postid-659,single-format-standard,ajax_updown_fade,page_not_loaded
Back to Catalog 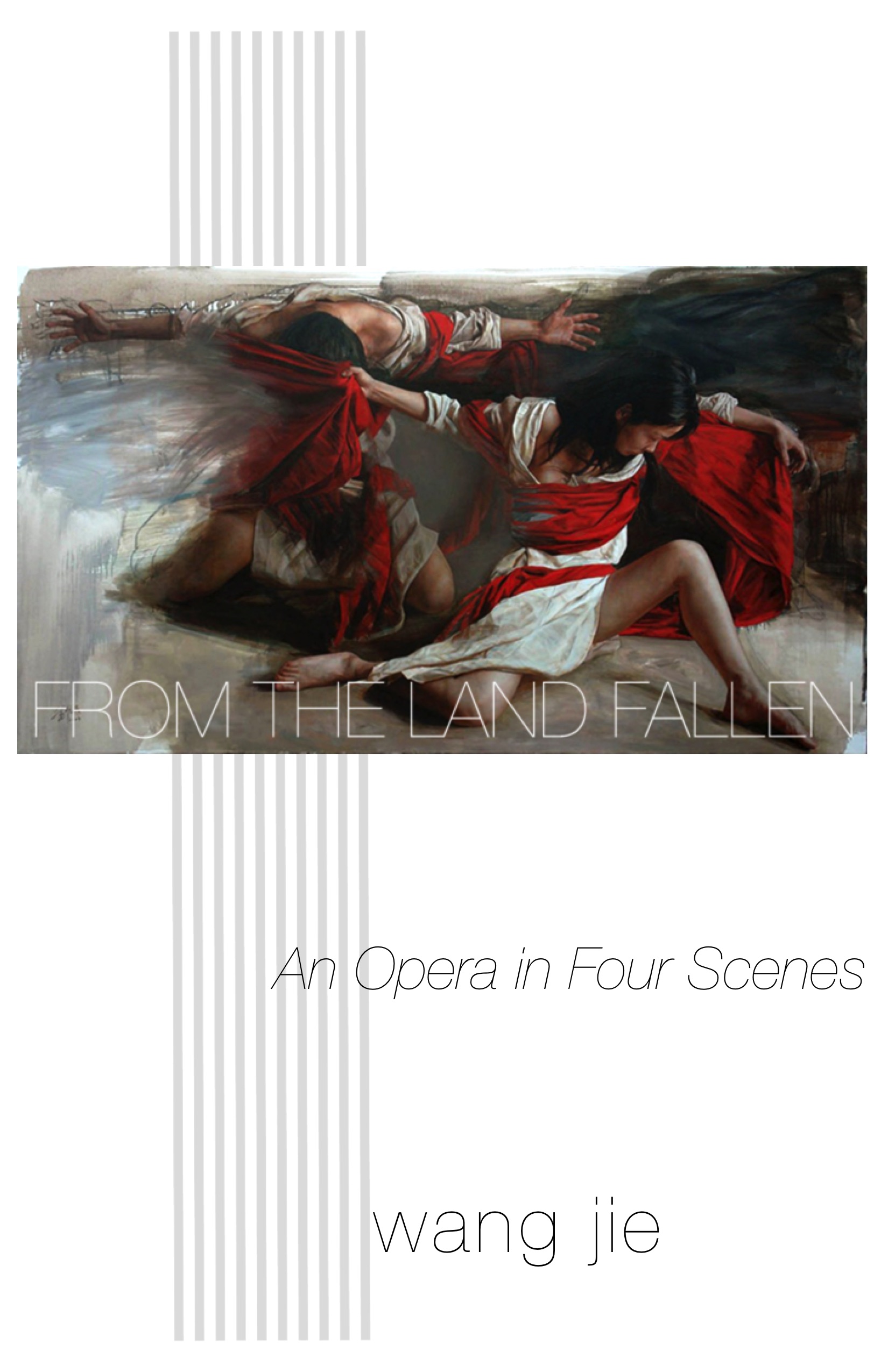 “Think of it as ‘V for Vendetta’ of opera, but it’s framed as a story about a troubled marriage under the totalitarian rule of a Golden Rat. Now we are post-election, are you with me?” – Wang Jie

AN OPERA IN FOUR SCENES

Based on an original story by Wang Jie

Duration: 100 minutes including one intermission

A pair of magical singer-healers contemplates divorce. As human rebellion arrises against the Golden Rat, they must decide whether to tacitly support a harsh dictator or to risk death by joining the rebellion.

Wandering troubadours/healers DEER-CRY and her husband PINE arrive in the dynamic Megacity. A civil war has erupted here as factions rebel against the dictatorial realm of the Zodiac RAT and his divine courtiers. The couple’s harmonious music brings a stillborn baby back to life. But the baby turns out to be the son of the REBEL LEADER, meaning that Deer-cry and Pine have committed a capital offense.

Over Deer-cry’s fierce objection, Pine embraces the rebel cause and joins a chorus of defiant singers. When Rat and his storm troopers appear, Pine (along with the rebels) is captured and executed as a terrorist.

Deer-cry grieves for her lost love. Pine, now a ghost, observes her from the afterlife and takes possession of a demented homeless woman named DiDi. Deer-cry recognizes her husband’s life force in Didi’s body. The couple reunites, but must avoid being seen as homosexuals, which is yet another capital offense.

Reacting to Pine’s fatal impulses in the past, Deer-cry insists that the couple conduct their healing business by conforming to Rat’s harsh and corrupt rules. They live and work quietly for years. But Pine chafes when Deer-cry asks him to join her in tending to the ailments of Rat’s enforcer RAM SHEEP.

Deer-cry barely convinces Pine while she placates Ram. The situation worsens when a dying rebel arrives and mutilates the Ram Sheep with his sword.

Ram leaves to inform the Rat against them. In Ram’s absence, Deer-cry and Pine recognize the dead rebel as the stillborn child they’d resurrected years ago. Deer-cry hopes to assuage Ram and to continue her peaceful life. Pine makes her see that doing so only furthers Rat’s corruption and evil.

Deer-cry and Pine combine their powers to return the rebel to life. The young man magically transforms into an angelic creature, powerful enough to blind Rat’s human informants and makes the escape. Deer Cry and Pine are denounced and condemned as rebels and homosexuals. But they know they will be united and powerful, even beyond death.